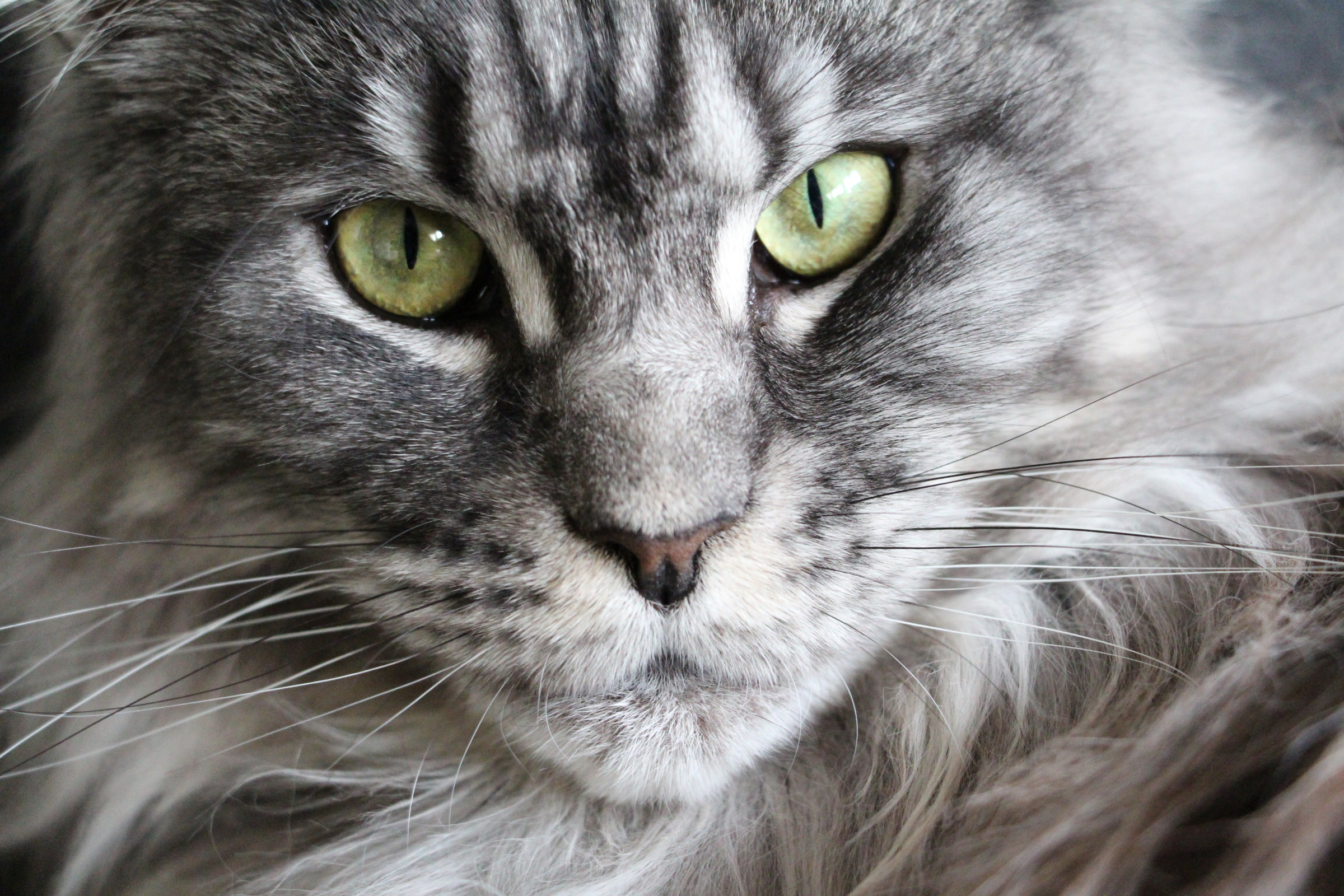 When I first moved to Arizona, I was living alone up in the mountains. It was quite the contrast from New York City, because in New York one could be alone and never actually feel like it amidst the constant hustle and bustle. Nevertheless, I took the plunge and left the city upon the insistence of my horse, Sweet Dreams Lozito.

After a few days at my new mountain home, a cat appeared. He was a Maine coon mix, who took a liking to my deck. Scout lived with a neighbor across the street but would spend all of his outside time sitting in my lounge chair.

When I asked him what he was doing there, he said, “Your horse says you’re lonely, so that’s why I am here… he sent me.”

Some time passed, and I allowed Scout to come inside. I began to feed him a holistic diet of raw liver, lamb, chicken, etc. He spent most of his nights outside and most days on my deck. He enjoyed the freedom of the mountains and the comforts of home as well. While I felt that he was lucky to have both, he felt that it was his divine right.

He was quite a savvy hunter. He navigated his way in a forest of all things wild. He began to bring dead hummingbirds to my doorstep almost daily. Since hummingbirds are one of my favorite animals, I could not cope with this. So, we had a conversation.

I said, “Scout, I realize it is your instinct is to kill small birds, but I love these little birds and it is difficult for me to watch you do this. If you must continue, I understand… but please do all your work OFF THIS DECK.”

To emphasize this, I sent him a visual as I spoke. I would send him a visual picture each day. The picture was of him with his birds in the driveway or in the forest, but off the deck. He looked at me with disappointed eyes, but reluctantly agreed. From that day forward, he continued to hunt birds but he did also respect my wishes. At times, I would see him off in the driveway with his kill. Each time I opened the door to let him out into his domain I would repeat, “Remember, Scout: ANIMALS OFF THE DECK!” with that same visual image. He would acknowledge me as he walked away, “Yeah, yeah yeah… I heard you.” I made sure I repeated this each time I opened the door to let him out, because animals live in the present moment and they often do not recall past conversations on their own. Being present requires presence at every turn.

I no longer have Scout unfortunately, and I miss him to this day. When Scout decided to leave, he said that he was a transient healer and there was another family that needed him. He assured me that I did not need him any longer. I was grateful for the closure.