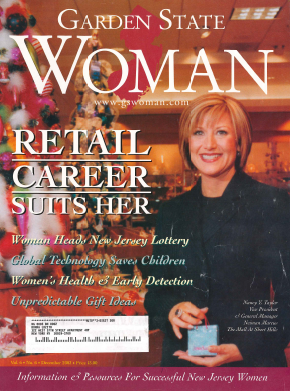 A chance meeting in an elevator in one of New York’s tallest office buildings brought me together with Donna Lozito. In the short time it took to go forty floors, I learned about Donna’s passion. She communicates with animals, an ability many would snicker at with skepticism. Being an “animal person” myself, I think Donna may well have these abilities.

Donna was born in a suburb of New York, and grew up with pets of her own, mostly homeless one she would find. She had an unexplainable passion for horses, “something” says her father, “all little girls have only Donna never forgot about it.”

After years of yearning to be near horses she started lessons on stable horses. Eventually she found one to buy. She selected the one possessing great talent, as she wanted to show him, in major horse shows. His name was Sweet Dreams, but she called him Sweetie, A short time into the relationship, Sweetie developed a mysterious, serious leg injury that traditional medicine did not heal. There wasn’t a veterinarian who cold determine why Sweetie’s injury would not heal. Donna was advised to get rid of the horse. He wasn’t worth the effort. Unwilling to give up, and with an unexplained drive, she was determined to save her horse.

She discovered through others that there was a telepathic way to talk to animals. She mastered the telepathic communications and learned that they had understanding, feelings, and opinions. Best of all when asked via telepathy, there would e a response. When she asked Sweetie why his leg wasn’t getting better, her responded. “The vets are looking at my leg. It is not my leg. My immune system is weak. Boost my immunity and my leg will heal.” Donna searched for a vet that didn’t think she was completely out of her mind. She finally found a woman vet in Pennsylvania who also believed animals could communicate. This vet was willing to listen to what Sweetie had to say and proceed to strengthen his immunity with a holistic approach. After acupuncture, good chiropractic care and the use of herbs and homeopathy, Sweetie recovered completely. Communication between Sweetie and Donna continued the rest of his life. He passed away earlier this year.

Donna mastered telepathic animal communication skills and now runs a thriving practice talking to various species. She claims telepathy is the first language of the animals. It’s how they communicate with each other. Donna believes it is an ability we all possess and can use to communicate with our own animals. She declares that it requires relearning how to use a part of our brain that society drilled out of us. Telepathy is the sending of receiving of messages, pictures, and feelings without words. To Donna, “Good communication us universal to all species. If we quiet our minds and hearts, we will be amazed at how much we can hear and learn”.

Donna continues to be enlightening clients by having undying love, respect, and admiration for their animals. She lectures and conducts seminars teaching people to better understand their pets. Donna has been featured in the NY Times as well as Good Day New York, Sally Jessie Raphael, Animal planet and radio show domestically and internationally. She was recently invited by a New York pet grooming business to help host a Halloween party for owners and their dogs. People stood in line with their dogs for hours waiting to speak with Donna. In two days. She met over 70 owners and their dogs. Donna communicated with dogs, getting answers to their owners’ questions, and was enthused to see how committed the owners were to their dogs and how honest the dogs were with their responses.