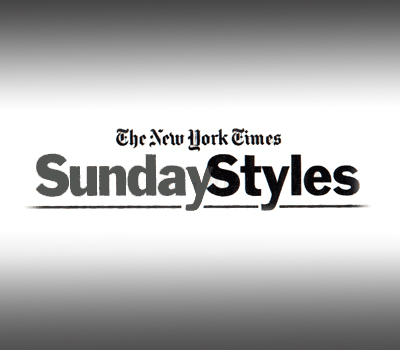 READING, a 10-year-old white Maltese ball of fluff, arrived at Donna Lozito’s apartment barking orders to anyone who’d listen. Dale and David Canner followed like royal courtiers: Ms. Canner with a plastic container of water at the ready, Mr. Canner with a hospital pad to spread on the kitchen floor in case of accidents.

A canine dust bunny with dime-bright eyes, Reading (pronounced like the Pennsylvania Railroad line) headed straight for Ms. Lozito, who chucked him gently on the mug.

”How does he say he’s feeling?” Ms. Canner asked.

Ms. Lozito paused a moment as if to collect her thoughts. ”He says he’s sluggish in the morning; he’s still not feeling 100 percent,” she said, moving in for a cuddle.

But he snarled and leapt away when she touched a tumor on his underbelly.

”I told you not to pick me up,” Ms. Lozito said, translating for Reading.

Dr. Dolittle is not the only one talking to the animals these days. A small but growing number of psychic consultants, billing themselves as animal communicators, are offering to discuss telepathically with pets any issues going down at home (for fees of $40 to $150, charged to their two-legged companions, of course). In most cases, neither meetings nor house calls are required. To go to work, all the communicator generally needs to know is the pet’s name, age, approximate breed and favorite hangout. Many work almost exclusively by phone. The ”communication” they say they receive from cats, dogs and even goldfish comes as an image, sensation or emotion. It sounds a bit like a PalmPilot with a point of view.

”Cut out the baby talk!” is a common demand cats make of their owners, Ms. Lozito said.

Two weeks ago, Linda Sivertsen, a writer in Eagle Rock, Calif., couldn’t find her calico cat, Prissy, for two days. Distraught, she called a pet communicator in West Hollywood named Amelia Kinkade ($100 for 60 minutes), who told her that the cat was trapped nearby in a white garage with roll-up double doors. Prissy would come home that night, Ms. Kinkade promised. Ms. Sivertsen went right out and canvassed the neighborhood in vain. On her way home she heard a meow. It came from a white shed with double doors in their next-door neighbor’s backyard. ”It was just like Amelia said; it was so magical,” Ms. Sivertsen said.

In a world that countenances every pet-owner indulgence from cat spas to couture dog beds, pet psychics may sound like the highest pitch on an ascending scale of pet madness. But animal communicators say that talking to Fido is not so crazy. It is inspired by two broad cultural trends, the environmental movement’s stress on coexisting, rather than exploiting the natural world, and the medical profession’s gradual recognition of alternative therapies.

”People have taken separation from the natural world as far as it can go without destroying it,” said Penelope Smith, one of the first animal communicators in the United States, having begun practicing in the 1970’s. ”They’re tired of being alienated from themselves and everything else.”

Ms. Smith, who lives near San Francisco, no longer consults but does run training courses ( $125 to $770). And she also has a Web site (animaltalk.net) with a national directory of animal communicators. ”When I got started there were only three in the country,” she said. ”Now there are hundreds.”

Others might point out that the fad has its roots in Americans’ increasing interest in things supernatural, from psychic hot lines to mediums claiming they speak for the dead. As a cultural phenomenon, animal communication may be less the marriage of environmentalism and natural medicine than ”The X-Files” meets ”102 Dalmations.”

Telepathy, said Dr. Herbert Terrace, a psychology professor at Columbia University, is ”no different from a gambler saying he knows how to beat the house.” What looks like a message passed between two distant minds is all a matter of projection. ”Our culture really reinforces it,” Dr. Terrace said. ”We attribute to other people and to animals everything that’s on our own minds, and our fantasies, too. We’re raised to be empathetic and that’s what makes us human. But we go too far.”

Ms. Lozito confers with three to five clients a day and charges $40 for a half-hour phone consultation and $55 for house visits. ”I handle an equal number of emotional and medical cases,” she said. ”The hardest to deal with are people who come in saying they’re having problems because ‘he’s such a bad cat.’ ”

Requests to find lost animals are fairly common and Ms. Lozito said she is successful about 80 percent of the time. Most communicators don’t like looking for lost pets because of the stress. And sometimes, they say, the animals just don’t want to go home. (”The real reason,” Ms. Lozito confided, ”is that if you don’t find them, people won’t pay.”)

Ms. Kinkade could be on the brink of becoming the nation’s first celebrity pet communicator. She appeared in a television pilot, communing with Tammy Faye Bakker’s dog. She is is now promoting her book, ”Straight From the Horse’s Mouth: How to Talk to Animals and Get Answers” (Crown). In the book, which is a guide and memoir laced with her sly sense of humor, Ms. Kinkade recounts discovering that she could do professionally what she always loved doing as a child.

Betsy Rapoport, Ms. Kinkade’s editor, said she was skeptical about pet telepathy, but after Ms. Kinkade correctly told her the color of her cat’s favorite pillow, Ms. Rapoport asked if she could help with a problem: Milo, a hunter, was bringing too many dead things into the house. ”She told me controlling is not a worthy goal,” Ms. Rapoport said. Nevertheless, Ms. Kinkade ”talked” to Milo about taking his prey elsewhere. ”Five minutes later,” Ms. Rapoport said, ”he came up to the door with a dead bird and dropped it just outside the door, and stared at me. I was floored.”

Interspecies messages often have a Delphic ring, heard only by human go-betweens who then translate for the paying pet owner. Does it really take an image of an empty bowl beamed through the ether to know that Rover wants to be fed?

Animal thoughts and emotions, said Donald Griffin, a retired zoologist who is considered the father of animal consciousness research, ”are not just a sentimental pet lover’s delusion.” But, he added, ”there is no evidence that I have found making telepathic communication credible.” Dr. Griffin, now doing research in animal behavior at Harvard, agrees that animals are more than bundles of instincts reacting to stimuli. His thesis that they have thoughts and feelings of their own caused an uproar in academia when it was first published 25 years ago.

Today a solid body of scientific research — such as a study from Massachusetts Institute of Technology indicating that rats dream — supports Dr. Griffin’s thesis that animals have ”minds” of their own. They can convey messages, even feelings, he said, ”but it’s a tangible, physical communication” through sets of gestures and sounds — not telepathy.

Rupert Sheldrake, a British biochemist trained at Cambridge, investigates the unexplained abilities of animals who seem to know when their human companions are about to board an airplane, when a favorite person is on the other end of the telephone or when someone is about to have an epileptic seizure. Dr. Sheldrake has collected more than 3,000 case studies (many come in on his Web site, www.sheldrake.org) attesting to strange coincidences. He has recorded 173 instances of dogs, cats, horses and even parrots predicting earthquakes. He has also collected 46 accounts of pets giving warning of a human’s impending epileptic seizure (42 came from dogs; one from a house rabbit).

”The climate is really changing,” said Dr. Sheldrake, who is financed by the Lifebridge Foundation of New York, the Institute of Noetic Sciences, which is dedicated to research on aspects of human consciousness in Petaluma, Calif., and the Bial Foundation, a pharmaceutical company in Portugal. ”In the last 10 years, there’s a growing recognition in the academic world that animals could be thought of as having minds and emotions. Scientists are beginning to take a look at what pet owners already know.”

In fact, pet owners talk practically nonstop to their animal companions. It’s a surprise only that animals can get a word in edgewise. Ms. Kinkade remembers her first conversation with a squirrel. She was walking through a park in Beverly Hills, she said, when a little gray guy chirped from a tree: ”Hey, lady! Got any nuts?” She was taken aback when the rodent commanded her to go buy some nuts. He said he’d wait. ”We’re really the ones who aren’t aware,” Ms. Kinkade said. ”They’re desperately trying to communicate with us.”

But it’s not telepathy — it’s body language, said Stanley Coren, an experimental neuropsychologist at the University of British Columbia and the author of ”How to Speak Dog” (Fireside/Simon & Schuster). ”People who believe in animal telepathy are being misled,” he said. ”Animals are such wonderful readers of human body language, we think it’s mystical.”

Mr. Coren said he has wanted to understand animals ever since he fell in love with Lassie. ”I would love to be able to believe we can speak to them, but they’re not saying things telepathically,” he said.

He concludes that animals have the language ability of human 2-year-olds and can understand far more than they can say. An average dog, his research shows, understands about 160 expressions communicated through signs, signals, sounds and facial expressions. That same dog can produce about 60 communications that range from barks and snarls to tail wagging, hackle raising and ear position.

”I know what they’re saying without telepathy,” Dr. Coren added. ”I know from their patterns of behavior.” He noted that his flat-coated retriever, Odin, was lying at his feet as he spoke, but would soon be getting antsy and go fetch his leash. ”People mix up dogs’ athletics with other abilities; and because they’re wonderfully agile, they assume they have other higher abilities,” he said.

Dr. Sheldrake did an informal survey in England and the United States asking 1,000 pet owners whether they believed that their pets could communicate telepathically. Forty-eight percent of dog owners and 33 percent of cat owners said yes. More interesting still, he collected 1,500 anecdotes about ”seemingly telepathic” messages successfully received by pets from their owners; but only 73 cases flowing the other way.

”People seem to be much less sensitive than their animals,” Dr. Sheldrake concluded. Of the 73 messages from dogs, he said, 10 were about accidents, others were silent calls for help. But most, he said, were about cats.