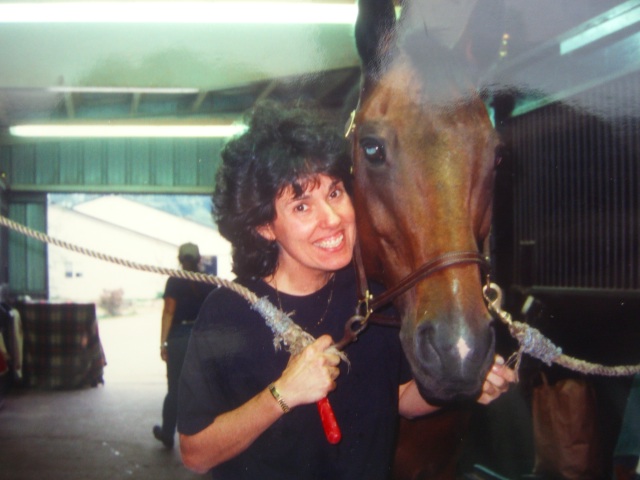 The following experience was the talk of an entire building in midtown Manhattan. It demonstrates how far the public has come in accepting communication with other species and is a great example of when the effectiveness of animal communication cannot be denied.

Donna Lozito: I have been doing animal communication work for about a decade. To supplement my income, I also do some design work. One job this spring involved construction of the entire 48th floor of one of  New York’s skyscrapers. The employees of this company had no choice but to remain in temporary workstations on the floor during construction.

The insects, rodents, and various other species love the homes they have so cleverly constructed in the walls and between the floors of these towers that lie in the skies of New York. One day this spring, I was called to see how the roaches (the large ones, that fly) were dropping out of the ceiling onto people and even crawling inside the clothes of some of the employees. The employees demanded that I call an exterminator. They had already killed one of the bugs, who I could see lay crushed on the floor.

The women were hysterical and even the men in their style were equally hysterical. I told them that I could not call an exterminator, but that I would like to ask the roaches to leave. The looks from the group were priceless. This particular group, clearly representing mainstream corporate America, gasped at the thought of speaking with a roach.

The construction workers and employees thought that I should be committed as insane for this act, but they were desperate. They had no choice but to wait and see if this communication had done any good, since it was Friday afternoon and even if I had agreed to an exterminator, it would have taken at least until Monday for one to come. I was sure that the roaches understood my message and that they would not return at least for a while.

To the amazement of the employees the bugs did not return for the rest of the week. At least they did not interfere with the humans who invaded their space. Then on the following Friday, an employee summoned me to the area again, but this time the request was went like this: “Donna, could you please talk to the roaches again? One fell from the ceiling again and we would like them to leave.” I could feel their presence in the partially open ceiling.

When I contacted the roaches, I said, “If you don’t leave, this group will make me call an exterminator and it will be unpleasant for us all.” I got an angry reply, “Where do you want us to go?” I told them to go up or down but get off this floor, at least until the work is complete.

I explained to the workers that the roaches were angry, and that these bugs have been living peacefully in this building for a long time and all of a sudden, we have invaded their space and their lives. I explained that the roaches felt they had just as much right to be in between the floor as the people had to be on the floor, if not more.

As I conversed further with the roaches, the leader of the group said that it really was an accident this time. His mate was walking along the grid and slipped and fell to his death. They agreed again to leave the premises temporarily.

We have not seen a roach since. We had reports that people saw our insect friends on the 47th and 49th floors in the weeks following. I have since communicated that for a while they would have to be very careful where they stepped. They agreed and appreciated the warning.

I am pleased that part of corporate America has experienced the level at which other species can communicate. The employees of this firm may not have complete acceptance of what other beings have to offer us, but certainly have something new in their experience of animal communication work.